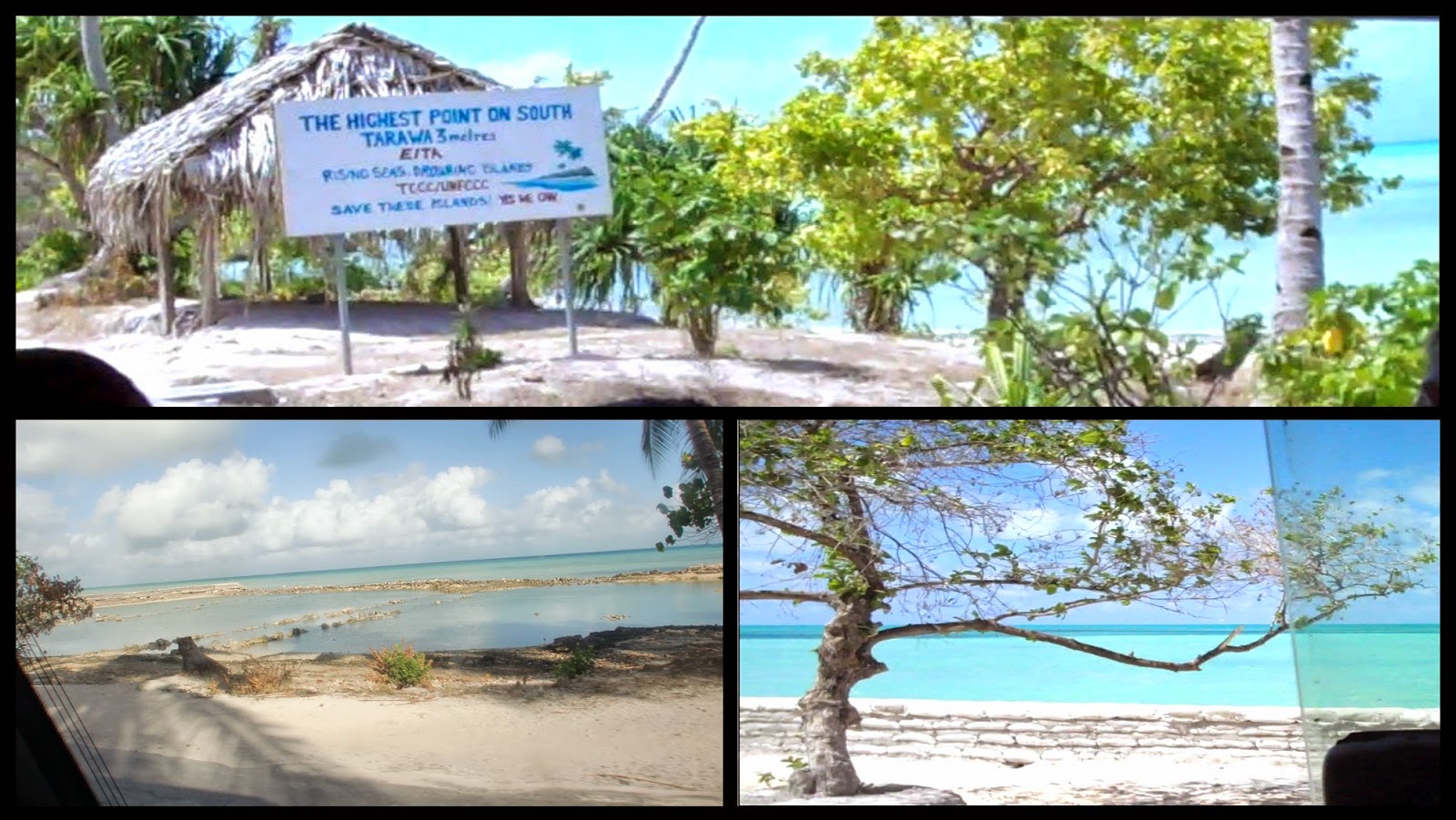 This is not how it was when I first came to this country 15 years ago.  I never imagined it would look like this, or get this bad so fast.  Locals used to tell me not to worry, "God promised Noah that he would never flood the Earth again."  For many years scientists argued over the idea of global warming; they said it would happen over thousands of years, if it were to happen.  My experiences on the front lines of climate change over the past two decades makes me think otherwise.  My story is only one story in a sea of stories, over 500,000 to be precise.  It is a story commonly unheard of in the day to day lives of those less impacted by climate change, and for good reason.  My story, which is a collection of may others' stories, has the power to scare the entire world.  Collectively, we live what the world does not want to see.  Yet for the sake of humanity, it is a story that must be recognized and acted upon for the benefit of all humanity.
This blog is my attempt to bring a fifteen year story of secrecy to light.  This story is kept from the general public for two major reasons,  power and money.  This story comes from a time and place where money was not the focus of daily life.  In the middle of the Central Pacific Ocean, there is a small atoll with three villages, 1,000 people, no running water, and little to no electricity.  Understandably, for many who spend their lives in a cash based society, going to a developing nation for an extended period of time may seem like a crazy or even dangerous thing to do.  However, doing this at a young age really taught me more about life and my own thirst for humanity than any university class could have done.

For example, think about living in a world where people, communal ties, and family are valued more than anything else.  Think about a world where an individual's existence is tied so intimately to everyone else's well-being, that losing just one person touches all in the village, the island, and the nation.  Picture a world where everyone works together to ensure everyone else's survival.  Where no one goes hungry, and everyone has a place to call home  Where lethal violence is a rare occurrence, and the loss of just one life impacts the entire society.  Where family is everything, and everyone is family.

Money has compromised so many valuable connections in our world today.  It has taken the humanity out of most of our daily transactions.  Do we know the farmers who grow the foods we consume?  Do the foods we eat even come from our own country?  Do we care about their lives?  Money masks any connection to those who produce, transport, and ultimately sell the goods we consume with complete trust.  Money takes away any chance for connection to, and concern for the lives they lead.

I work in a United States university that attracts many international students from China.  Each year, I welcome new international students and orientate them to the university, and surrounding community.  We organize shopping trips for these students, and each year without failure Chinese students are shocked by how many American stores carry products from China. Even more surprising is the affordability of these products.  "In China these are twenty to thirty times more expensive," they constantly tell me.  Without failure, most talk about how they want to send the products to family in China.  Where family is everything and everyone is family.

Most of us in the United States, don't even know our own neighbors, much less the entire street.  We close our doors, roll up our windows, and distract ourselves from those around us with technology in pursuit of our own goals.  At times, our virtual presence consumes our desire to be physically present from others around us.  Values that promote individualism, and seclusion ultimately come into conflict with the existence of our shared humanity.  Further distancing us from others is the idea of individual wealth and independence; money becomes a tool for division rather than unification.  When an overarching focus remains solely on individuals, the larger community suffers.  These are some of the "first world" lessons I learned in the middle of a "third world" village.  I sought to help the poor, not realizing that I was the one in need of help.

These entries, as distant and remote as they may seem, add to the collective story of our shared human experience on this Earth and embolden an activist’s call for Climate Change action, through voices less commonly heard on the larger world stage.

With it, I hope to raise awareness of the many real-world climate change impacts that have already occurred within a nation most of the world has little knowledge of.  Though this story is about one nation, there are many other low-lying nations facing similar environmental consequences now.  This story is a collection of stories from real people.  Polar bears are not the only ones suffering from climate change.  My friends, and my adopted family have long withstood the impacts of climate change while the world debated its existence and “real” danger.
Posted by Unknown at 6:36 AM